I was driving to Costco yesterday, my only outside errand for the day. It wouldn’t take long, I just needed 3 items, and it’s not far from home. I tried to pick an off-hour to avoid the warehouse crowds, but that never works. There’s no easy in-and-out at Costco.

Just as the arrow turned green and I made the left onto Laguna Canyon Road, Stevie Wonder’s “I Just Called to Say I Love You” came on the radio. Immediately my tears began flowing.

My mom always liked that song. She’d quote it sometimes when she called me. And she always sang the last three notes of it as “cha-cha-cha!”
I cried all the way to Costco. Ugly face, gasping breath crying. Between gasps I said out loud “Hi Mom! I hear you!” like I’ve been doing whenever something unusual appears that reminds me of her, like when a flock of pelicans flew over my apartment the day after she died. Mom loved watching them fly; I’ve never seen pelicans in town in the 4 years I’ve lived here, nor any since that day. 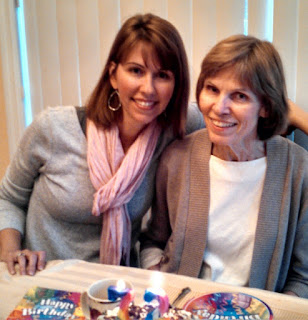 The song ended the exact moment I pulled into my parking space…cha cha cha. Still crying, I couldn’t figure out why I was SO emotional. Yes, the song reminded me of her, but lots of things do and they don’t make me cry like this. The song wasn’t particularly meaningful to one specific time or place that I was remembering and missing, it was just a general thing she liked, one of a thousand I could name.
I could not with any certainty say that it was sadness I was feeling, nor depression, nor even the still-fresh loss of her. But it was a deep, guttural rising up from places I couldn’t identify. It consumed me.

A moment later the mindfog cleared and I had a revelation.

I realized what I’m feeling here and now in this moment is the depth of the love SHE had for ME as her child. It’s the love that other women have told me “you can’t possibly understand until you have a child of your own.” That feeling that I figured I would have to accept as truth because I would never experience it as a mother myself. But I WAS experiencing it. And I say again that it was not sadness nor a feeling of the loss of her; it was the feeling OF her that will always be within me.

I always knew how much my mom loved me, she told me so all the time. But I couldn’t truly feel it to its full extent until she was gone forever. That’s an unfortunate truth yet one full of everlasting promise. 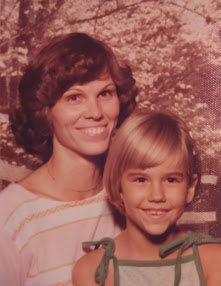